As the glorious summer days with their endless pleasures draw to a close, one inevitably becomes wistful and reminiscent of the Back-to-school excitement of one’s youth.

However, it is hard to envy the modern schoolchildren the overly complicated curriculums and innumerable mandatory “extra-curricular” activities. If the young person is not proficient in Mandarin, has not mastered violin-playing to rival that of Stradivarius or does not have a black karate belt, then undeniably something is amiss with his education. All is very well for nurturing talents of those young-bright-things (albeit quite stressful for the parents), but aren’t we forgetting the basics?

Has anybody realised that both calligraphy and the art of expressing one’s thoughts in writing (as in “pen-on-paper” writing, not typing with both thumbs on your smart phone’s screen) has become an almost extinct form of art.  Will the craft of the letter or thank-you note writing (on an elegant stationary in a neat longhand) perish with my generation, however even I am one of the few remaining dinosaurs amongst my peers who still uses an ink pen and leather-bound diary.

The digital-native youth is much rather inclined to substitute dull words with comical Emojis, which can deliver one’s message in several instant clicks (absolving one from any worry of spelling or grammar). Indeed, these little funny characters are even more speedy than the txt spk that came b4 them and now became ubiquitous in any digital communication. Conveniently, we can express our moods and emotions or inform the recipient of what we are eating for dinner just with one or two icons, thus rendering thousands of expressive verbs, adjectives or adverbs, as well as melodic figures of speech and idiomatic expressions, completely redundant. 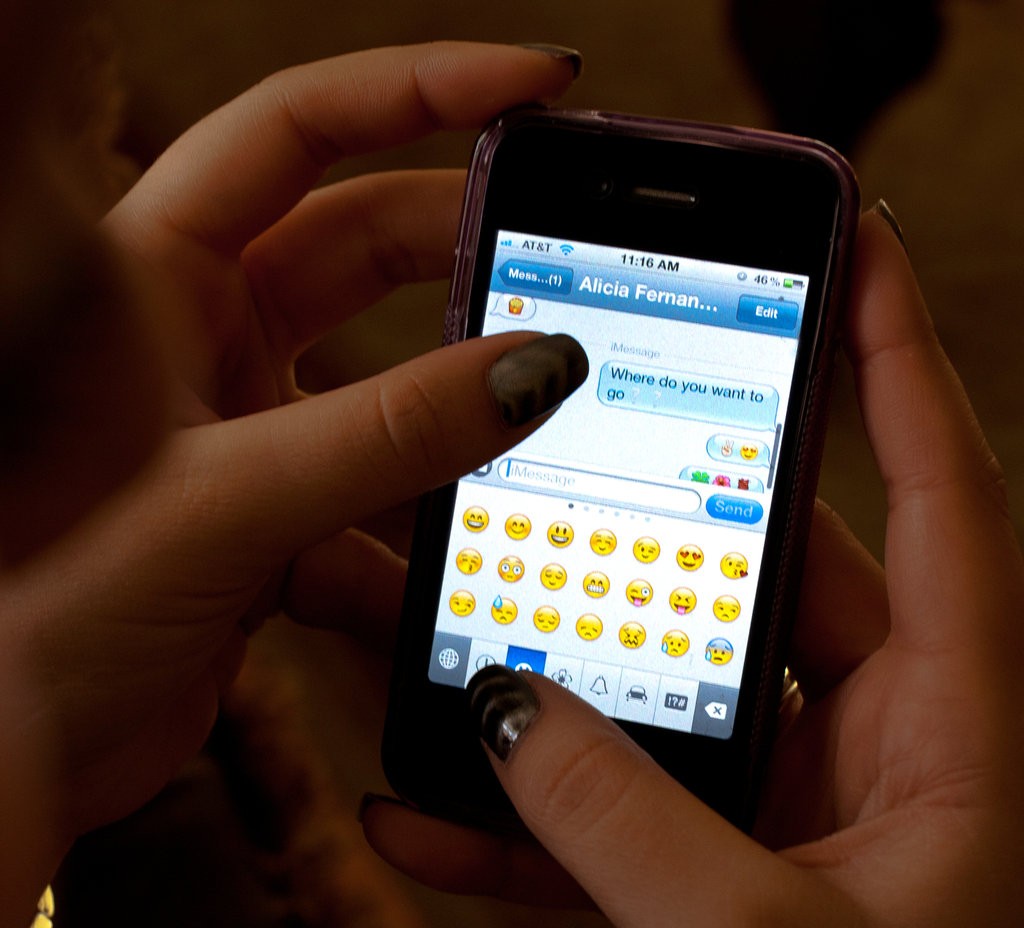 Interestingly enough, some sources suggest that our human written communication derived from Egyptian hieroglyphics (tiny drawings bearing certain symbols). Could it be that after travelling a full circle, human civilisation will wipe out any vestiges of eloquent and poetical written word, and revert back to conveying our messages in signs, albeit much more primitive than those of an ancient Egypt. An interesting study for the future historians that would make.

I can’t help but wonder if we still can do some damage limitation by encouraging our offsprings to write… Perhaps by setting an example ourselves and writing them a well composed note or letter, beginning old-fashionedly and affectionately with “My dearest Daughter” and ending elegantly, “With my fondest love” … As I do now, my Cherished Reader, and remain as always, Yours truly. ????????✍

Aisté is a Socialite, Writer, Language Tutor and Advisor for International School of Etiquette, living in Bahrain and London. To share your feedback, email: aiste.anusaite@ gmail.com

Meet the hijabi competing on the new season of Project Runway