Did you study art formally? Tell us about your education and training.
I pursued art under Bahrain School’s International Baccalaureate program. The program consisted of a two-year art class that taught me the importance of committing to a particular drawing style and giving it a thorough chance. During my college years, I turned to sketching as a way to relieve stress but chose not to pursue it as a career. 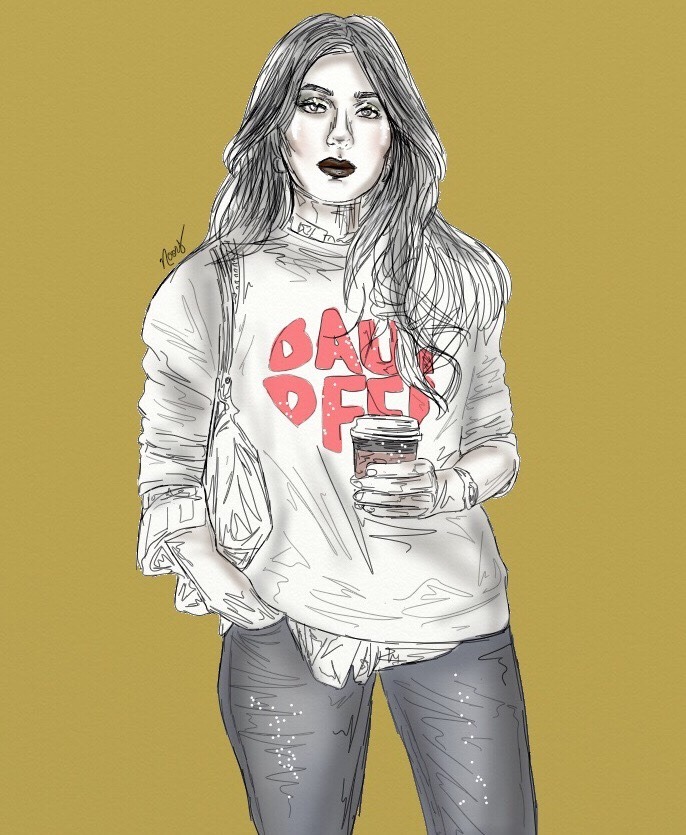 What do you remember as your first work of art?
My first sketches were made as a toddler – that’s where it started! All it takes to explore an idea is a pen and paper, and that’s exactly what I’d do. 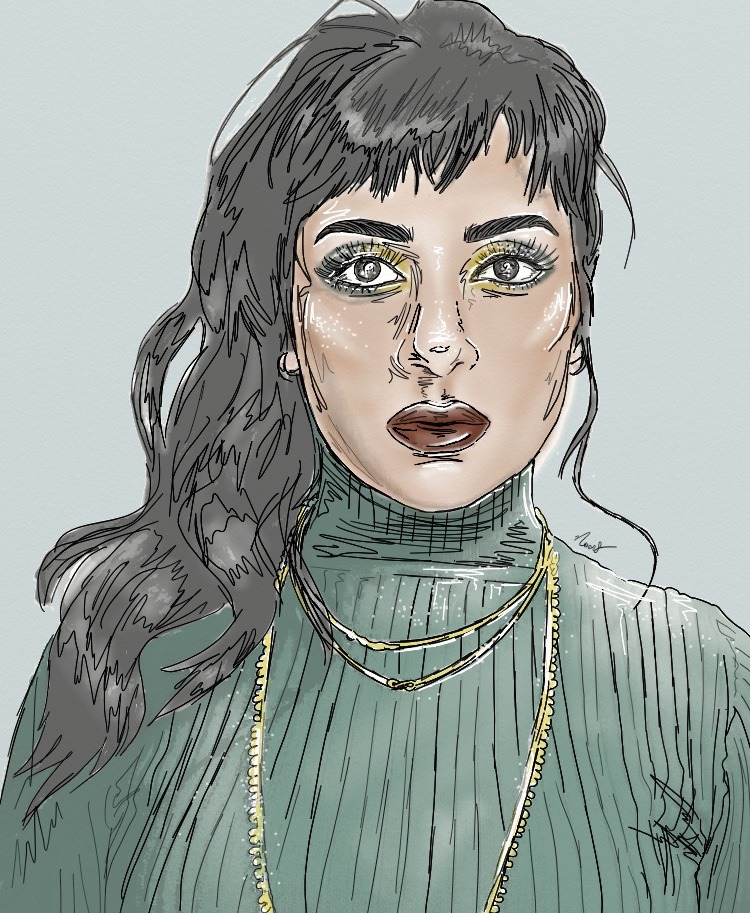 What does art mean to you?
Art has always been a language, a form of expression that holds the kind of impact words cannot. It’s catharsis after long days. It’s an opportunity to reach out and connect with others who have experienced similar hardships and triumphs. It’s the catalyst to powerful dialogues between people and communities. Most importantly, it’s a way to celebrate how two people can look at a piece with completely different perspectives and engage in meaningful conversation about them, exposing each other to a fresh approach that each person wouldn’t have typically been exposed to on their own. 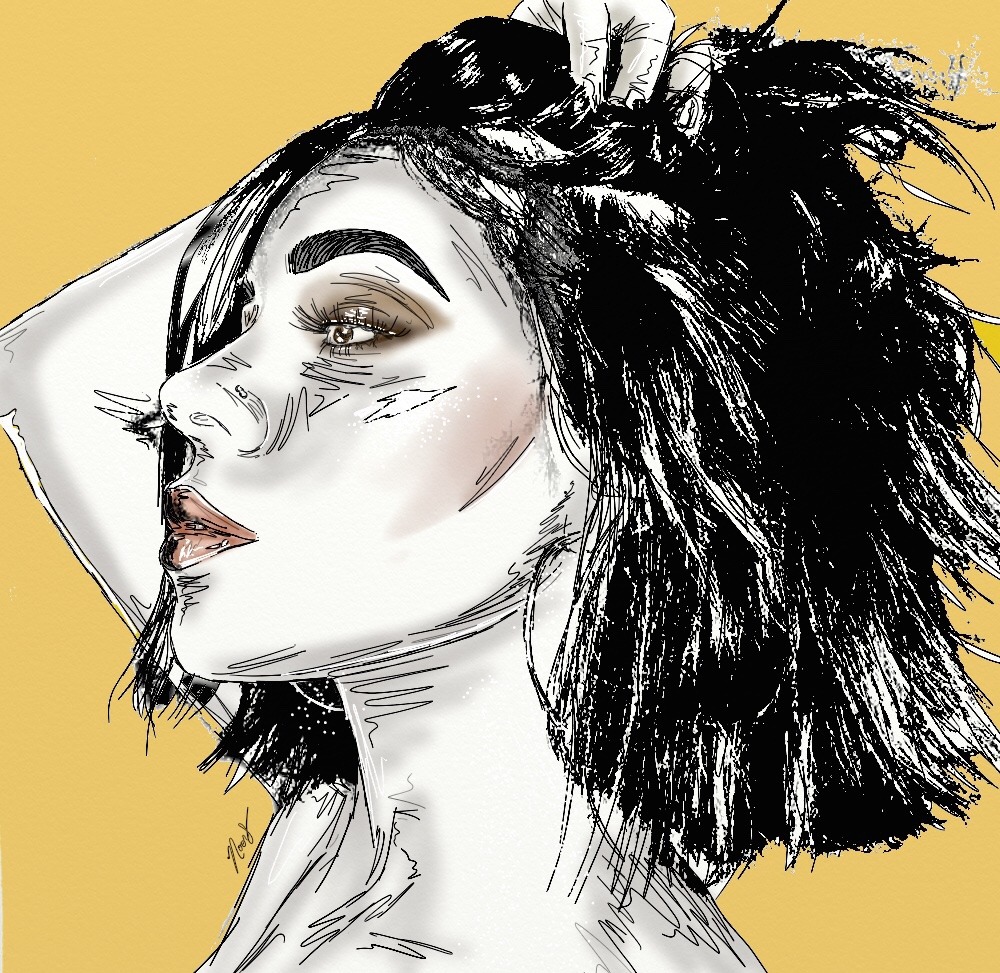 Can you describe your artistic process? How do you know when an artwork is finished?
I begin with a general outline to gauge proportion and perspective. For example, if I’m working on a portrait, I want the distance between the subject’s eyes not to be too close or too far apart. Once the general outline is complete, I work with layers on my digital art software to add shading, additional lines, a background, and a bit of glitter so the work pops. The tricky thing about art is that there are always new things to add to a piece, however it becomes overkill after a certain point. It’s not always easy to determine when to stop adding detail, but I deem a piece finished after adding the glitter – that’s the final touch! 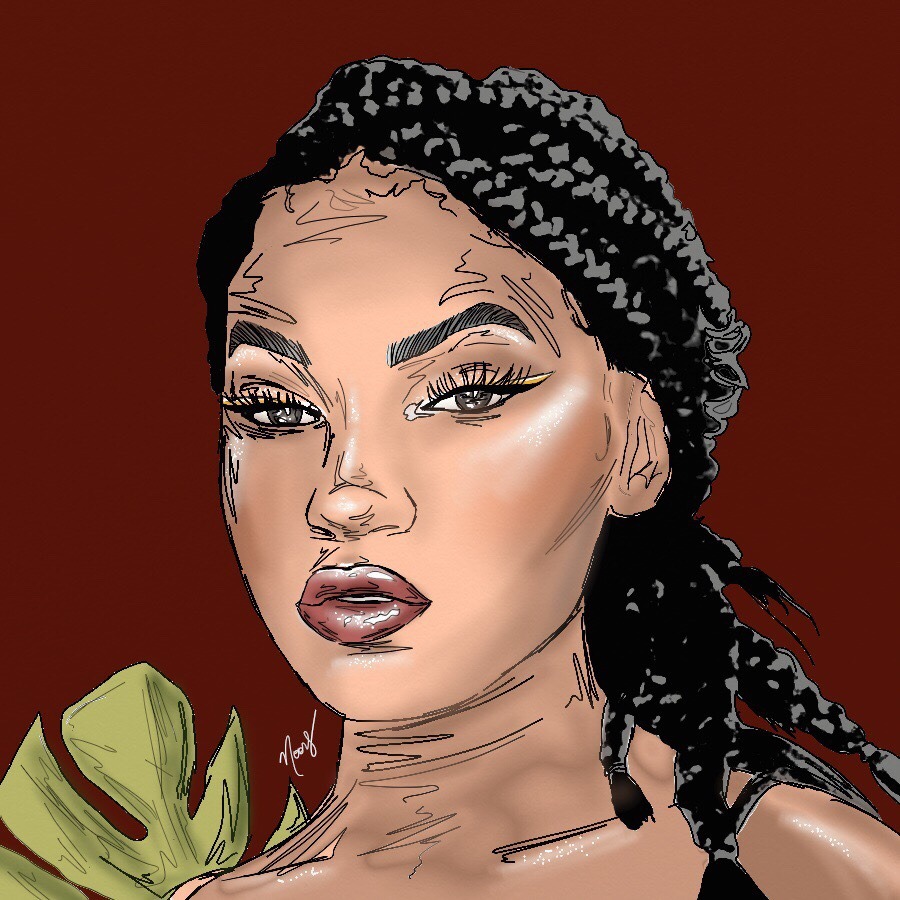 Which part of Bahrain is your favorite and why?
The Seef and City Centre area stand out in my mind, mainly because I remember weekends walking around the malls with my parents or friends. I wasn’t a fan of the malls because of what was in them. It was due more to sentimentality and the memories created with my friends in those areas, especially when I remember battling the crowds on a Friday night to get to a movie! I think of Seef and City Centre and automatically get nostalgic because of the sheer familiarity those areas contain. 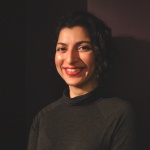 Aside from being an artist, Noor Shirazie is the author of “Into the Wildfire” series. The Australian-Pakistani-Iranian author studied at Bahrain School and calls the island her second home.

Discover Dubai: Where to go and what to do this 2018