Having confirmed their engagement with matching Instagram posts and a Harry-and-Meghan-inspired photoshoot, Priyanka Chopra and fiancé Nick Jonas are jumping head first into planning their wedding together. Although, if she needs any help, I’m pretty sure she knows a Duchess who’s a dab-hand at creating perfect days.

Having surely taken some inspo from the royal wedding which she attended back in May, Priyanka has revealed that she and Nick have already started thinking about their big day—and that of course includes her dress. The Quantico star has shared a few clues about what fans can expect from her upcoming bridal gown choice, and it sounds like she’s a girl after our own heart.

Speaking with ET at the Golden Heart Awards recently, Priyanka revealed that she’s looking for two key qualities above all else in her wedding dress. “I always believe that anything and everything I wear, I have to be comfortable and cute,” the actress explained simply. “So it’s going to be cute and comfortable.” 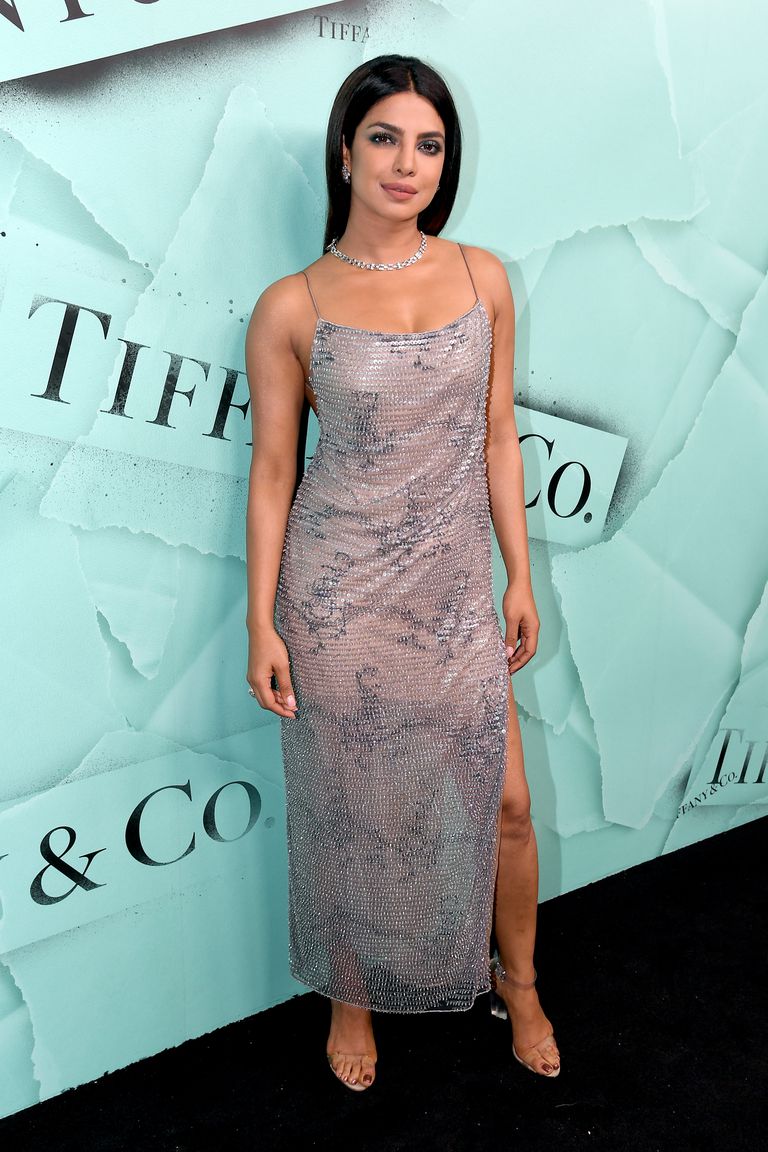 Interestingly, designer Michael Kors (who dressed Priyanka for the evening’s occasion) also passed comment on her future wedding dress, so maybe we’re looking at a sign as to who will be behind her style for the big day. Kors said: “What I love about Priyanka, she’s smart, talented and beautiful and she knows what works on her. So I know she’ll look her best self, which is what every bride should be.”

It’s already been speculated by royal family fans that Priyanka’s BFF Meghan Markle, and her husband Prince Harry, will almost certainly be in attendance at her wedding to Nick. But, while she’s guaranteed to make the guest list, it’s unlikely that she’ll be a part of the actual wedding despite being such a close friend.

According to royal experts, it’s all down to that classic royal protocol—a female royal would not be expected to walk behind a non-royal, as is traditionally done by a bridesmaid.

While the bridesmaid decisions could be a little tricky, it sounds as though the couple are keen to tie the knot sooner rather than later. An insider told ET: “The couple has had an accelerated relationship, and is very comfortable with one another. Priyanka has already been planning the wedding for a couple of months now… Priyanka and Nick are on the same page about wanting to get married earlier rather than later, and are telling friends it will most likely be next year.”

Whatever style of dress Priyanka chooses for her wedding, it goes without saying that she’ll look incredible.

Bennigan's gives us a reason to bring the whole gang!

Young people are the loneliest age group, but it's not because of social media