Gulf Air announces that it has resumed its direct flights to and from Dhaka’s Hazrat Shahjalal International Airport on 19 September 2020. 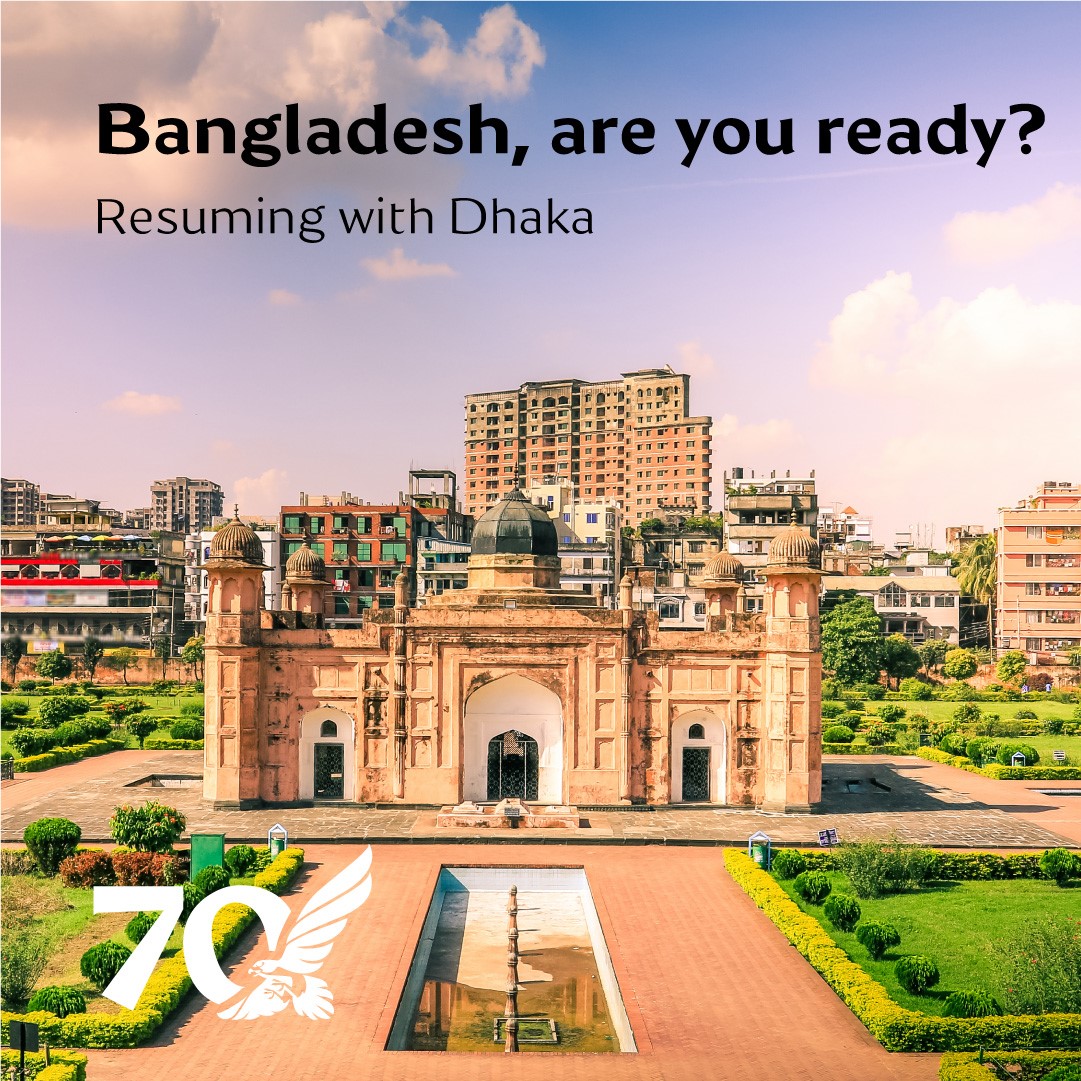 Gulf Air has been operating direct flights between the Kingdom of Bahrain and the capital of the People’s Republic of Bangladesh since 1984 and it is one of the airline’s main destinations in the Indian Sub-continent region. The airline currently flies to and from London, Paris, Frankfurt, Manila, Athens, Cairo, Abu Dhabi, Dubai, Kuwait, Peshawar, Islamabad, Lahore, Karachi, Thiruvananthapuram (Trivandrum), Cochin, Calicut, Delhi and Dhaka.

Being one of the few airlines that continued scheduled commercial operations, Gulf Air continuously works closely with the governments authorities throughout the destinations on its network to resume operations as soon as airports open. Gulf Air boasts a flexible and agile network by immediately adapting to government orders and civil aviation directives around its network and has been responsive to continuous changes and updates regarding operations to and from its network destinations.

Updates are constantly added on gulfair.com/covid19 including travel advice, network and new health and safety procedures.

This hotel in Bahrain reinvents its fitness experience with a celebrity trainer!

Here are the pre-boarding PCR requirements for Gulf Air!