Last week, a flight attendant smashed a wine bottle over the head of an unruly passenger who attempted to open the emergency exit door while the plane was still in flight.

Then just a few days later, a passenger on an AirAsia flight tried to pry open the emergency exit shortly before landing in India.

There are no shortage of incidents involving a rowdy passenger who tries to burst open the emergency exits — and no shortage of cabin crew who have their own stories about trying to subdue passengers. 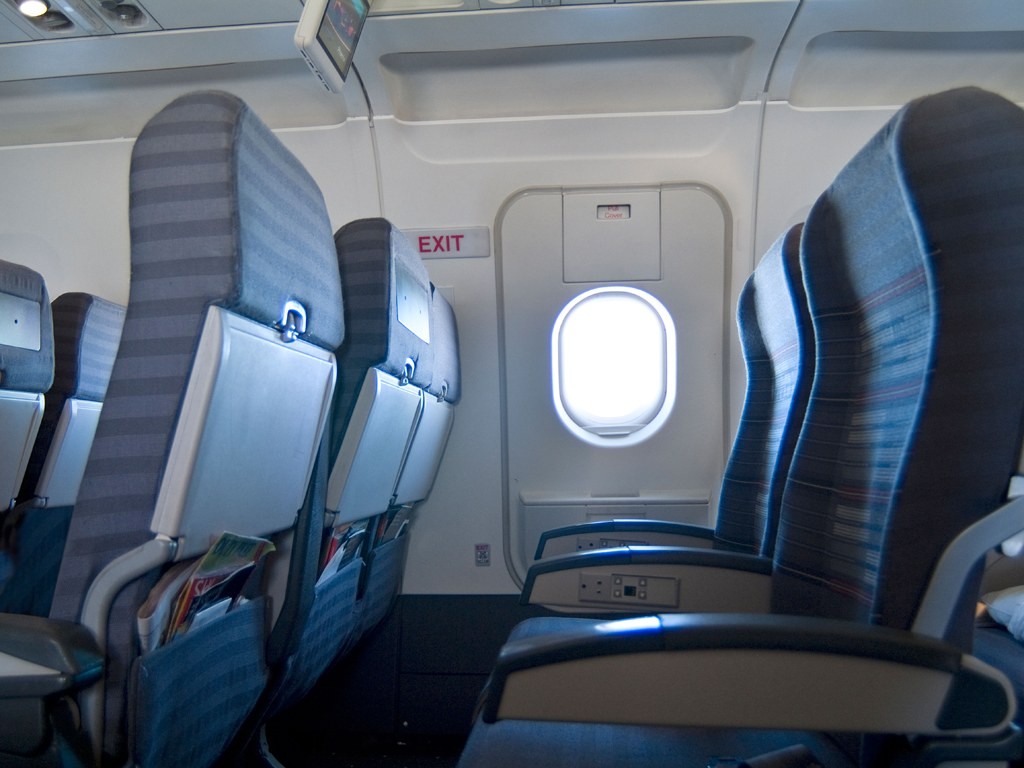 But what would happen if a passenger made it to the emergency door before a flight attendant ever noticed? Would the door burst open, suck up all passengers in the immediate vicinity, freeze up the cabin and cause the plane to explode?

Well yes, but most definitely no.

“It’s physically impossible,” Jason Rabinowitz, aviation blogger, told Travel + Leisure. “When at cruising altitude, the pressure difference between the outside of the plane and the inside of the plane, which is pressurized, creates a situation where the door cannot open.”

At cruising altitude, there are about eight pounds of pressure pushing against every square inch of the plane’s interior — even two pounds per square inch is more than any human being push. In order to open the door while flying, someone would need (at least) a hydraulic jack. (The reason skydivers can jump from open doors is because those planes are depressurized.)

But, just for curiosity’s sake, let’s say that someone is able to get a hydraulic jack through airport security, onto the plane and then have enough uninterrupted time to jack away the emergency exit door.

An open door would create a catastrophic “explosive decompression,” Rabinowitz said. Explosive decompression, while rare, has occurred. One such instance happened in 1988 when a section of the airplane’s roof burst open. A flight attendant was sucked up through the hole in the plane, but the pilot managed to land within 13 minutes, avoiding additional fatalities.

But, once again, it is impossible to open an airplane door while the cabin is pressurized.

If a pilot knows there is an emergency situation, they may start to descend altitude and depressurize the cabin so cabin crew can open the exit door as soon as possible.

However the physical impossibility of opening a plane door while at cruising altitude doesn’t mean there aren’t consequences for trying.

Even in just messing with the door, it’s possible to break off the handle or set off some other safety alert in the flight deck. In extreme circumstances, this could cause a rapid decompression in the plane, which would result in “a hissing sound coming from the door and cold air coming in,” Rabinowitz said. Oxygen masks would drop from the ceiling.

And attempting to open the emergency door on a flight in the United States is not only considered tampering with the plane, it’s disobeying the flight crew — which is punishable by steep fines or even prison.

This article originally appeared in Travelandleisure.com

5 Tips for a Healthier Summer!